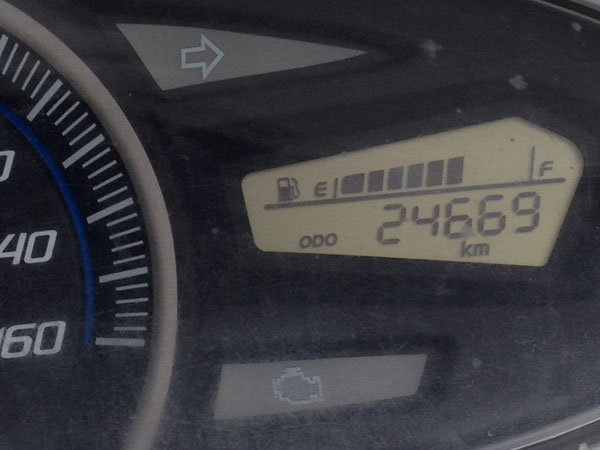 For 2000 Baht I had my scooter posted from Phuket to a little post office just west of Siam square in the center of Bangkok. It arrives as scheduled a week later, as i arrived from Laos, coated in bubble wrap, but minus any petrol.

I was staying down on Sukumnvit 64 so it was a 20 minute ride back to the hotel. Within 10 minutes I was being pulled over by the traffic cop for riding past the entrance to the highway just past Ploen Chit after missing the diversion around it. I tried to ride past him but his beady little eyes saw tea money (bribes) and stepped in front of the bike and physically stopped me.

I followed him, and my drivers license, into his little office

me “OK, it has been a pleasure sir”

I spent the next few days riding around Bangkok which is actually a whole lot of fun once you get the hang of it. Go with the flow, don’t try and race taxi-bikes, and avoid highways and the police. Compared to Phuket and the wankers riding around there, Bangkok seems like a very civilized place. 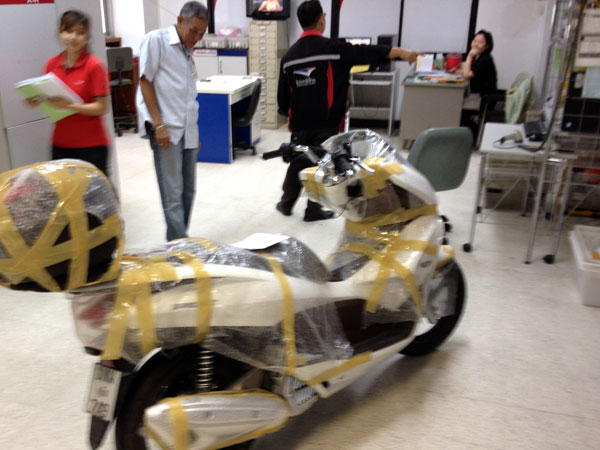 arrivedi n bkk safely – ride right into the post office in Phuket, give then 2200 baht and pick up 10 days later in Bangkok. 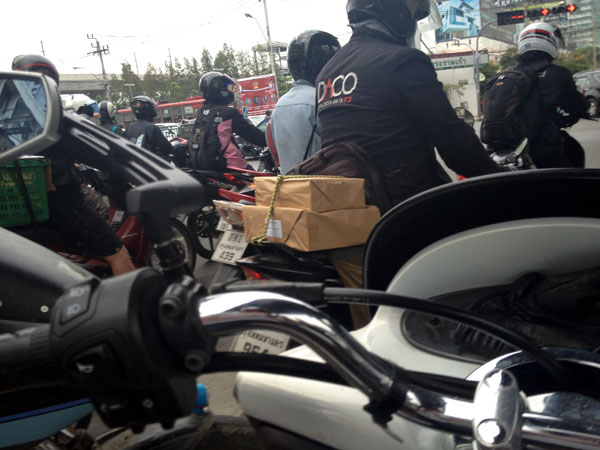 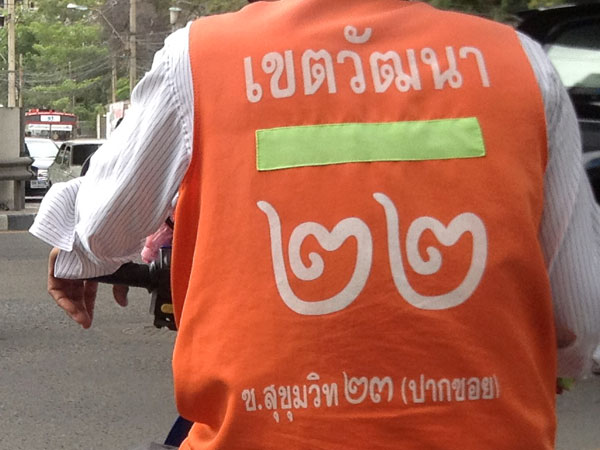 he won – motorbike taxis are best avoided in Bangkok 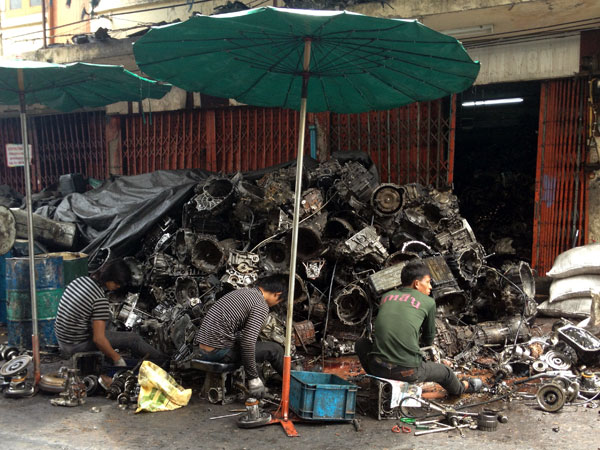 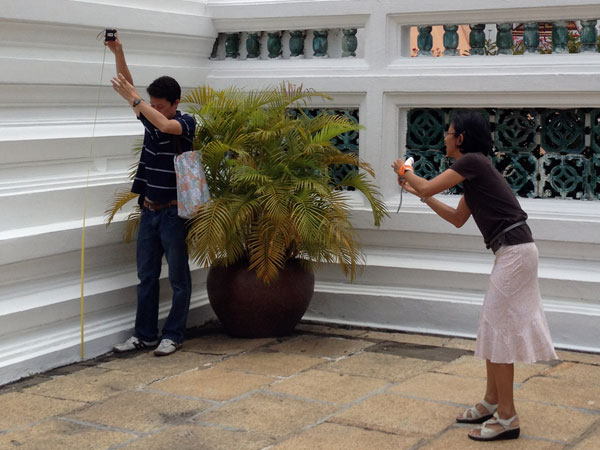 @the grand palace, Bangkok, just measuring up for a new sofa or something?! 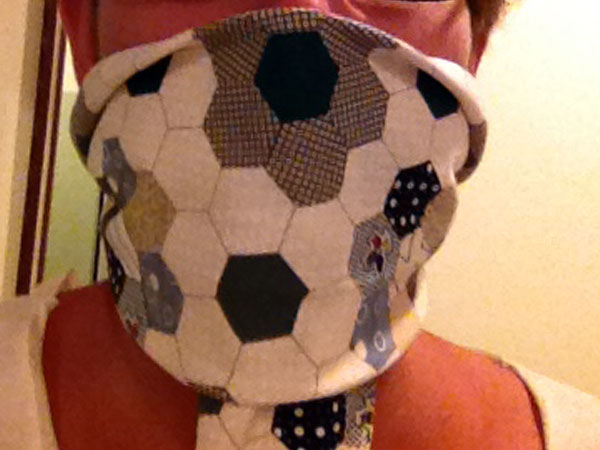 Bangkok is a dirty, dirty place